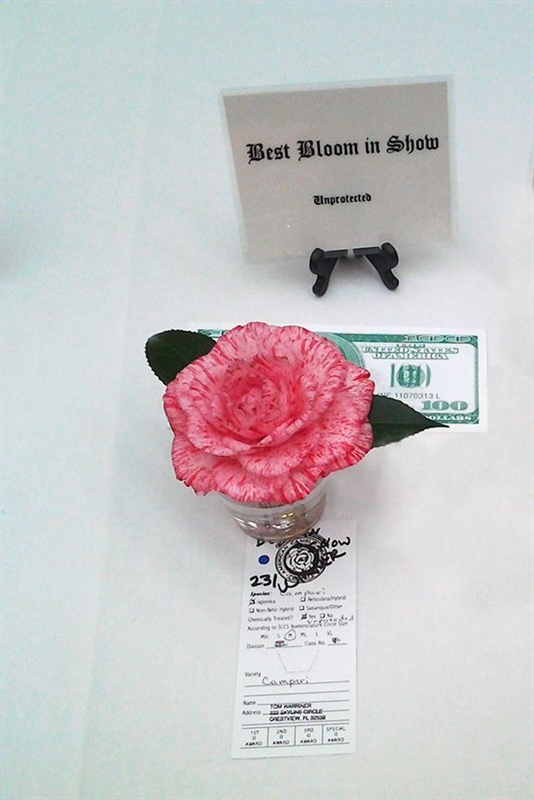 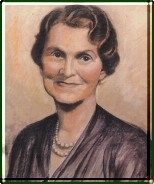 The founder and first president of the Greater Fort Walton Beach Camellia Society was Sarah Frances Brooks Pryor (1877-1972). She was a teacher, hotel proprietor (Indianola Inn, 1910-1958), Fort Walton Beach postmaster from 1917 to 1943, and posthumous lead agent in the establishment of the Okaloosa County Commission on the Status of Women (1995). Frances Pryor was also a major influence in Fort Walton Beach being officially named "The Camellia City" in 1991.

We meet September through April on the third Tuesday of each month. On the second Saturday in November, we hold our annual camellia show and plant sale. (Please note the show will not be held in 2015.) Judges and exhibitors form several southern states participate in this event sanctioned by the American Camellia Society. The show judges must be accredited by the ACS.

Meetings are held on the third Tuesday of the month. The meeting starts at 6 PM. The meeting includes programs and special interest discussions followed by the business meeting. The meetings are held at the Okaloosa County Extension Annex, 127 NW Hollywood Boulevard, FWB.  Meetings are held the months of September, October, November, January, February, and March. Social events are “Season Kickoff Dinner” in August, Christmas Dinner in December, and “Season Wrap-up Dinner” in April. Summer break is May, June, and July.